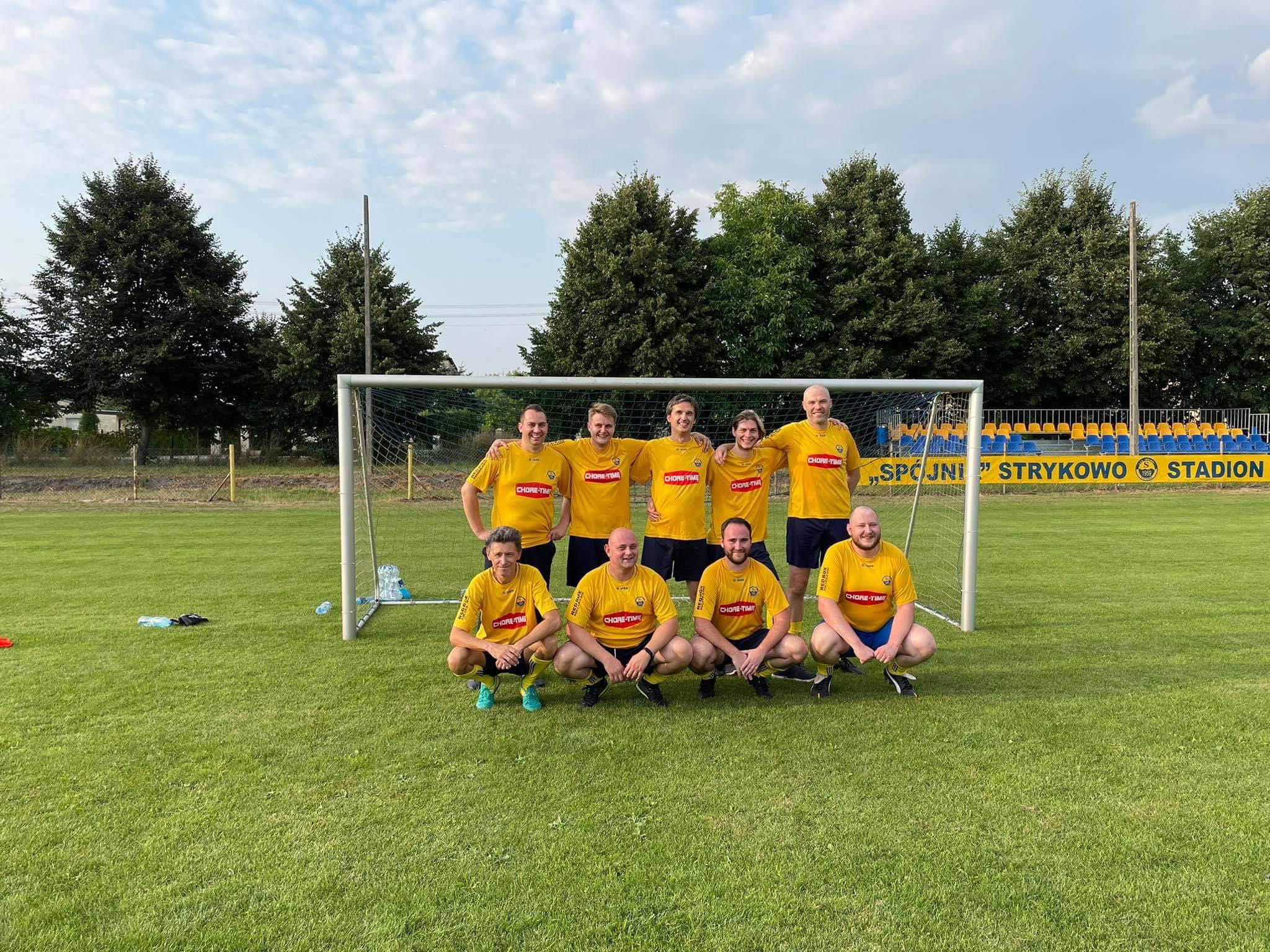 On July 23, 2021, a match was held “DZIAŁACZE SPÓJNII” – “PRACOWNICY FIRMY QUADRA-NET”. In this rivalry was not the most important result but healthy sporting rivalry and the organization of this match was a kind of thank you for funding by the company for the yellow-blue TV.